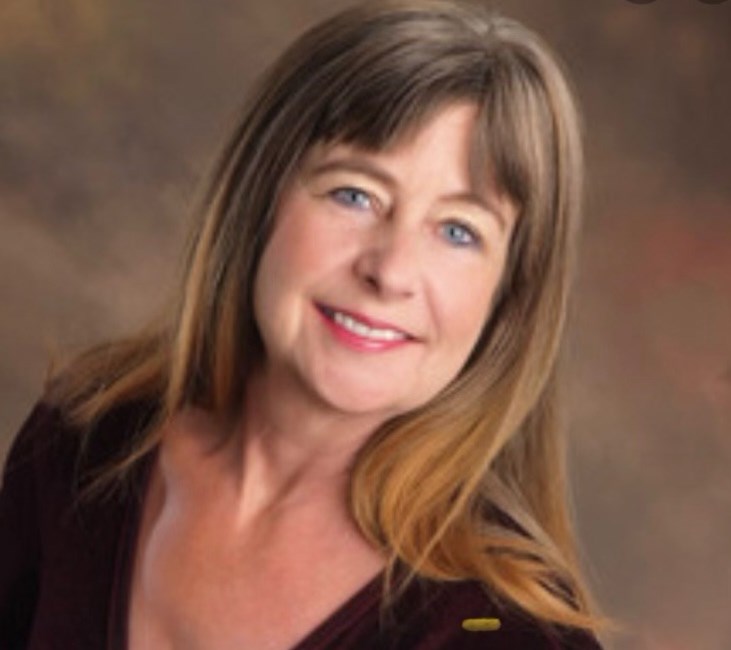 ​​Beverly Anne Eichel, age 75, of Monroe, passed away on June 8, 2022. She was born in Newport News, Virginia on December 2, 1946, the daughter of George and Edna Timberlake.
Beverly was preceded in death by her husband Ronald Eichel and by her son, Richard Lodge Jr.
She is survived by her daughter Kristine Lodge Allison (Arch) and by her grandchildren, Jakob, Jessika, Brittany Iverson (Brock), Brooke Wehbe (Matt) and by her Great Grandchildren Willow, Harlow, Max and Myles.
Beverly retired in 2011 after a long career as a claims adjuster with Travelers Insurance. In her retirement she was able to travel along with her husband Ron.
2006- Beverly Eichel by Roger Frey
The Isabel Kurth Award is presented to Newfoundland Club of America members who have provided dedicated service and contributions to the NCA over an extended period of time. This award was initiated to honor one of the NCA's most cherished and honored members, Isabel Kurth. For well over 40 years, Isabel served the club tirelessly in a variety of capacities. Her love and devotion to the Newfoundland dog were legend.
The Board of Directors selects recipients as appropriate, with no set frequency. This award is considered by most to be the highest accolade that the NCA can bestow upon one of its members. The recipient, therefore, must be selected at a face-to-face meeting of the Board by secret ballot and must receive a 2/3rds favorable vote of the Board.
There have been only four previous recipients of the award: Mary W. Price, Betty McDonnell, Louise Esiason and Ron Pemberton. This year another NCA member is being added to that distinguished roster.
The Board voted to present Beverly Eichel with this award at the Annual Meeting of the Membership.
Beverly fell in love with Newfoundlands in the 1960s and has owned one since 1975. She has been a member of the NCA for over 25 years. She began her service to the club as a volunteer spending countless hours typing the Breeders List. This led to her chairmanship of that committee, a position she held for several years.
In 1992, Beverly was elected to the NCA Board. She served four years as recording secretary, five years as first vice president, and one term as president. Beverly's most outstanding contributions to the club include but are not limited to chairing the Constitution and ByLaws Revision Committee that crafted the document that governs us now. In this position, Beverly spent many, many hours detailing the changes needed to bring the document up to date and in compliance with AKC regulations-not an easy task for anyone.
She spear headed the NCA's resolve to preserve the integrity of the Newfoundland pedigree when European Continental Type Landseers were imported and erroneously registered by the AKC as Newfoundlands. She personally compiled a notebook for the Board of Directors that contained historical documentation detailing all the background information needed to make informed decisions on the matter.
Beverly was also responsible for seeing that all NCA documents and items of historical importance have been saved for posterity with the AKC Archival Project. There are numerous other acts of service to the club and the breed not mentioned here but we couldn't possibly list them all.
I personally had the pleasure of serving with Beverly on the Board for most of her ten year tenure. I didn't always agree with Bev's opinion on many of the issues that faced the Board, and you always knew where she stood on the issues. Those opinions were always founded on what was best for the Newfoundland dog. Her tenacity for defending our Newfoundland's standard and the integrity of our pedigrees was inspiring.
Bev was never accused of being politically correct. She voted as she saw fit, with no regard for her own political well being. Beverly often closed her e-mails with this quote, which depicts her spirit, "well behaved women seldom make history …"
A Funeral Mass will be held at 10:00am Thursday, June 16, 2022 at Our Lady of Lourdes Church in Monroe, North Carolina. McEwen Funeral Home of Monroe is honored to serve the family of Mrs. Eichel.